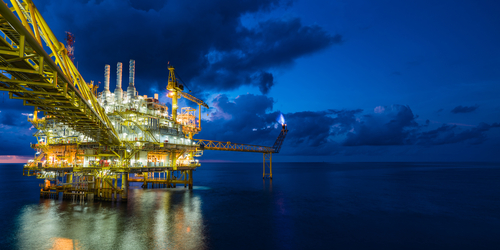 United States oil company, ExxonMobil and its co-venturers, Hess and CNOOC have begun oil production offshore in Guyana ahead of schedule.

This comes less than five years after the discovery of hydrocarbons in commercial quantities off the coast of the South American peninsula.

Director of Guyana’s Department of Energy, Dr. Mark Bynoe, who made the announcement in a statement issued to the media in Guyana clarified misguided reports, by confirming that the country’s decisions are being guided by a full team of international experts, internal experts and the Guyana Public Procurement Commission (PPC).

Already, all systems are being oiled for petroleum production, he declared. Dr. Bynoe emphasised, ”this historic development for the Co-operative Republic of Guyana (CRG) is a culmination of substantial investments, perseverance, dedication, ingenuity, and the establishment of the appropriate policy environment that has the capacity to propel our nation towards sustained development.”

According to Dr. Bynoe, ”Guyana’s future is bright, but we can only secure that future by strengthening legislation, conducting due diligence, emphasizing education, following a balanced development paradigm and utilising the best skills in the industry through partnerships.”

He explained that production from the first phase of the Liza field, located in the Stabroek Block, is expected to reach full capacity of 120,000 barrels of oil per day in coming months with the first cargo set to be sold sometime in January 2020.

“It is also imperative that as Guyanese we begin to appreciate that the direct and indirect benefits from this sector will go far beyond anything that we have seen to date.  The Department of Energy, therefore, will continue to utilise prudence and best practices to ensure that we extract the best value for our people. This for us is a dream realised” Dr. Bynoe said.