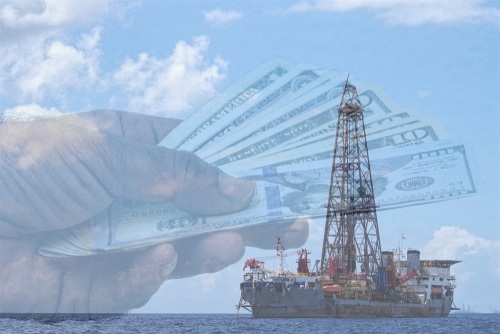 The Guyanese government is reporting that bankers are “bombarding” the country with offers of financing backed by future oil production.

The Guyanese Finance Minister, Winston Jordan has told Reuters that the government of the South American nation has rejected the proposals to avoid the excessive borrowing that has plagued other oil producers. As the former British colony begins its first significant oil production this year, it is wary of avoiding the mistakes made in oil-dependent economies such as Angola, Nigeria and its economically collapsing neighbor Venezuela.

Jordan, an economist and career public servant cited Guyana’s own history of economic crisis in the 1980s for turning down overtures to finance infrastructure and development before oil money started flowing. “At the IMF meetings, I was bombarded, at the IDB meetings, I’m bombarded with people telling you how much money they can lend you,” he said in an interview from in his Georgetown office.

The Guyanese Finance Minister declined to name the specific institutions, saying only that “quite a few banks, quite a few middlemen” offered loans of between $500 million and $2 billion. During the oil boom years, Venezuela borrowed more than $50 billion from China through loans that were repaid in oil shipments, a practice later replicated in Ecuador.

The arrangements were criticized for lack of transparency. With fewer than 800,000 inhabitants, Guyana is seen as a test for whether oil revenue can spur sustainable development in a country lacking strong institutions. Other petro-states have seen crude sales lead to corruption and debt-fueled spending binges, often described as the “resource curse.”