Not too long ago ship captains could actually whip sailors who disobeyed orders; managers could fire workers on the spot for virtually any reason, or even no reason at all; and students could be expelled from school for any minor infraction of the rules. Today, much has changed. Sailors have rights, workers have unions, and students are asked for input in the educational process.
The person in charge used to have unquestioned authority and ability to command and compel. Strict obedience was believed to be a necessity. Today, managers must focus on leading and persuading rather than ordering and forcing. In more and more industries today, especially retail, the never-ending supply of job applicants has dried up. Instead of “fire and replace,” managers must develop the skills to “improve and correct.” Leaders must learn effective performance coaching techniques and know how to convince workers to change their behavior in order to achieve organizational objectives.
The word “performance coaching” has been abused by some business experts, perhaps because they are less skilled in performance coaching techniques than they could be. Coaches in the business world run the gamut from well-trained professionals to rank amateurs who deal in unscientific methodologies. The true coach is a trained expert who understands the application of behavioral science concepts and human relations principles. It is important for us to remember that it is possible for managers to improve their coaching skills to the point where they can effectively change the inappropriate behaviors of employees into productive behaviors that drive organizational results. 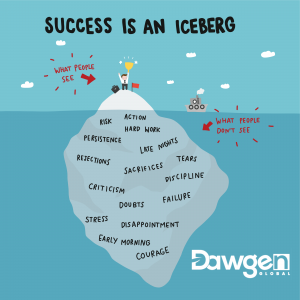 One of the most critical skills a manager or executive must have is the ability to coach others to not only reinforce positive behaviors, but to also correct ineffective behaviors. I have studied a dozen different performance coaching systems and models in my professional career, but clearly the best one I’ve used is an Eight Step Model created by Drs. Steven Stowell and Matt Starcevich. It is described in their book titled The Coach, published by The Center for Management and Organization Effectiveness.

First of all let’s define what performance coaching is. It is an interactive communication and relationship process between leaders to team members, peers to peers, or even team members to leaders with the purpose of exerting a positive influence on people and/or the organization. Coaching enhances the behavior change, motivation, performance, awareness, and development of another person. Performance Coaching is typically an ongoing process of building a partnership for continuous improvement.
Now, let’s consider when coaching is appropriate. This is an important discussion, because inexperienced coaches believe that coaching only takes place when something goes wrong. I’ve found eight situations when performance coaching should be considered by managers and executives. Notice that these situations are not all negative in nature. They are:
1. When performance improves and deserves to be rewarded
2. When performance declines and deserves to be corrected
3. When a goal is achieved and deserves to be rewarded
4. When a goal is missed and deserves to be discussed
5. When an employee exhibits an inappropriate behavior that doesn’t affect his/her performance
6. During the regular performance appraisal process
7. When the employee deserves to understand his/her career opportunities
8. When it’s just a good time to talk about how things are going

In every performance coaching workshop I have taught I have been asked if everyone will respond to a coach’s attempts at coaching. In other words are there some people who are not coachable or resistant to coaching? The answer to that question is, regrettably, yes. Here is how the numbers break down. Fifty percent of the general population will respond favorably to a coach’s attempts at coaching. In fact, the coach doesn’t necessarily have to be highly effective or even follow the model very closely in order to achieve moderate results. So if you have ten employees and they are “average,” or represent “general population,” and you have a little training in coaching, then about half the time you should get at least reasonable results from your attempts at performance coaching. Now that’s pretty encouraging! 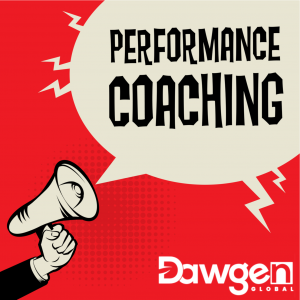 Another twenty-five percent of the general population will respond to coaching, but it will take longer and require greater skills from the coach. This means that as a manager you will need to sharpen your coaching skills and develop patience with the coaching process.
Twenty percent, or one person in five of the general population is what psychologists label a “performance coaching challenge.” These people may respond to performance coaching, but it’s likely to be a long-term process and any results you achieve may not be dramatic. Oftentimes, coaches get frustrated and give up before they see the results begin. Remember, these coaching challenges are capable of behavior change. It’s important to give them a chance to improve. Patient coaches many times achieve good results from these employees; it just takes time, skill, effort and a little luck.
The final category of five percent is a group of our general population who struggle to even stay in the workplace. Turnover is higher in this category than in any of the other categories. Employees from this five percent group cause more frustration and irritation than from any other group. And, if there are any employees who could be classified as difficult to coach, or even “resistant to coaching,” this would the category.”