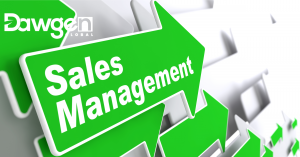 Nowadays the world economy becomes more and more complicated because it becomes more and more global. As a result this leads to the development of an unparalleled competitiveness. Naturally in such a situation it is extremely important for survival in the market to remain competitive. That demands the use the most advanced technologies, including not only technical aspect but managerial as well. It means that a company that uses the most advanced and most effective management strategies can be more competitive and has more chances for success. It is especially important when the company deals with the sales management.

This sales management strategy deals with the market visibility problem since very often companies have problems in this respect and consequently they cannot afford competitiveness and their sales rates would gradually decrease, as the company is not well known or recognizable among the consumers. Traditionally it is said that if the company’s percentage rate of new sales to customers who have never done business with this particular company and with its dealership is 20-23% or even lower then the company obviously has market visibility problems. As a result, in such a situation the circle of the company influence is not expanded as well as the rate of sales does and probably will not increase if certain measures are not undertaken.

However, if a company is planning to work in a long-term perspective then the company should set 30-35% rate as a ‘never-before’ goal for each of its product support sales reps. For instance, 30-35% should be with accounts that have never before done business with the company’s dealership and may even not know it exists. As a result such an increase of the company’s visibility in the market would proportionally increase its sales rate. 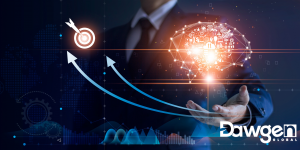 By the way it should be pointed out that if the company just starts some business in a new area the rate should be even higher. Basically specialists indicate that it should be about 45-50% (George 2002) only on such conditions the company sales and influence would gradually expand.
Nonetheless, it is only theory and the advantages of this strategy are obvious since the growing visibility is vitally important for increase of company sales but in real life the company that use this strategy may face certain problems that may be treated as disadvantages of the strategy. It should be mentioned that the Establish a Never-Before Sales Quota strategy is based on the never-before customer’s motivation and practically always the customers feel fear. They are fearful of the company’s reliability, its equipment, which, as they afraid, would not work as promised, and the list may continued.
Naturally the question arises: how the company can best overcome the fear of customers in the never-before account? Basically specialists (Reilly 2000 and Goerge 2002) single out two main ways in overcoming this problem. So, the problem may be solved through short-term rentals and product support.
Obviously the two ways mentioned above are not the only one but they are probably the easiest ones. Using short-term rentals and product support it is relatively easy to penetrate never-before accounts for “by demonstrating strong dealer customer care capabilities with an aggressive, short-term rentals program and highly responsive parts and service programs, a company can quickly build a positive relationship in the new account” (Reilly 2001, p.184).

Furthermore, a very effective parts and service support tool is the planned maintenance contract. For instance, nowadays planned maintenance and full-maintenance leases are quickly gaining acceptance in North America and the Caribbean in the construction equipment and heavy-duty truck industries.

Finally, among other advantages of this strategy may be the fact that short-term rentals and product support capabilities eventually can eliminate fear and sales reluctance in the never before account. Thus, summarizing the Establish a Never-Before Sales Quota strategy it is possible to say that on the one hand, it may be quite effective and increasing the company’s visibility, on the other hand, there is still the risk that the customers’ fear won’t be overcome.

However, the problem is that in some cases team selling does not work. But the root of the problems lies in the fact that the equipment sales rep is at odds with these other dealer representatives and does not consider them allies or partners in development activities. Nowadays such a situation is not affordable anymore and such type of reps should be eliminated, or, it would be better to say, changed.

Establish and Build a Team Selling Program strategy implies quite the contrary role of all representatives of the company. Nowadays this strategy becomes more and more widely used. This is why in some very successful dealer organizations they prefer the thoughtful formation of territory sales teams but it should be pointed out that this is not just the assembly of field employees to grovel and provide the equipment sales rep with leads (McBride 2001, p.311). Team selling requires enlightened leadership. Consequently in order to unite all the reps as a team it is necessary to organize team activity.
Practically it means that sales team activity is a frequent meeting of specialists to share insights, establish strategies, set information gathering goals, etc that would eventually complement one another’s strengths and work together to foster the overall business development of the dealership in that given market area.

Also it should be noted that this strategy demands the provision of  team selling recognition awards that would stimulate the work of the whole team but not its separate participants. It is also especially effective in account management and penetrating, new account development, problem solving success, market share gain.

A very important positive feature of team selling is the fact that it offers the possibility of utilizing all of the resources. Team selling captures the mind and spirit of the company’s business and can present total solutions to customers (McBride 2001, p.349). An effective sales team is generating the highest possible revenue and profit for the business.
Summarizing the strategy, it should be pointed out that its main disadvantages are the problems of organizing all the reps in an effective sales team with a strong leader. 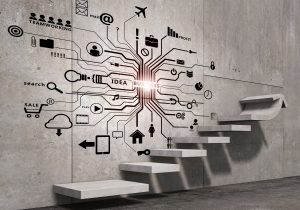 This strategy implies the usage of the advanced and prospecting technologies as tools in achieving better results in sales rates. The most effective technology that can be used nowadays is teleprospecting. It is quite effective and inexpensive. The objective of teleprospecting program is to contact, profile and identify short-term needs, problems and opportunities of a large number of inactive and prospective customers.

To achieve such a goal it is necessary to train a teleprospector by having him/her update the company’s current customer mailing list for correct contacts for promo mailings. It is also important to train a teleprospector for ‘cold calling’ by having him/her first test a survey questionnaire or interview guide on five very friendly customers for constructive feedback. Furthermore, proper facilities and resources should be set up.
However, this strategy also has its own disadvantages. To be effective the prospecting program will require intensive administrative support to avoid wasted, non-productive time. Otherwise, the effectiveness of the program would be low.

Finally, it is necessary to provide challenging incentives. For instance, it is possible to set three completion level goals for the week and to offer a 20% base hourly rate increase for entire week if the goal is reached.