HomenewsaccountingCreativity and Rebellion: Why They Go Hand-in-Hand

Creativity and Rebellion: Why They Go Hand-in-Hand 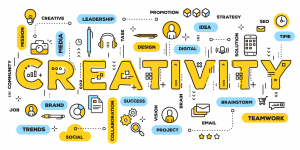 Studies on creative people have consistently demonstrated that creativity is associated with openness to new ideas, risk-taking, and being inner-directed. Do these traits put creative people at odds with the culture and people around them? The answer is sometimes yes and sometimes no.

Say for example that Jeremy is a creative child that performs below average in school. He may be seen as a poor student by teachers and parents for “daydreaming” and doing poorly on objective tests. His latent skills as a right- brain thinker might be underappreciated and underdeveloped.

Or consider the case of Alycia, a high school teacher who works in a constrictive environment. She is eager to try new teaching techniques but finds that her colleagues are traditional in their approach and even hostile to her ideas. What can she do?

There is little doubt that creative people will struggle in environments that are overly structured and they will feel frustrated with tasks that are not challenging. This helps explain why creative children often have trouble in school, their right-brain minds wandering while their left-brain teachers are trying to force them to memorize information that these creative children instinctively see as irrelevant or trivial to understanding the “big picture” in life.

Things often get worse for creative people when they enter the workforce. If they haven’t chosen their occupation carefully, they may wind up in a job that is not well suited for their particular talents and gifts. Unfortunately, they may find this out the hard way by being bored and frustrated at work.

But the job itself may not be the problem. It may also be the social milieu of the workplace. Every workplace has its own personality which organically evolves and changes over time. Some workplaces value new ideas and risk- taking, an environment that will be very stimulating for a creative, risk-taker. Other environments are rigid and traditional, which will be frustrating and could lead to conflict and dissatisfaction.

Social psychologists have noted that some work groups suffer from groupthink, which is the tendency for some groups to feel superior to others and to downplay any evidence to the contrary. These groups value conformity and resist new ideas. An innovator will feel isolated and rejected by co- workers who support this type of environment.

These co-workers often adopt an unspoken code regarding people who are different or stand out from the crowd. They send overt and covert messages of rejection to a creative co-worker who proposes new ideas. These signals include ignoring a person’s comments or providing perfunctory, hollow praise or worse punishments such as threats and ridicule for proposing ideas that threaten the perceived integrity of the group. 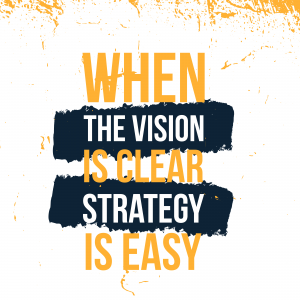 Many people at work become comfortable with their daily routines and over time they defend these routines as something akin to being sacred. These kinds of people often bow to the timeworn expression: “If it ain’t broken, don’t fix it,” but they over apply this attitude and to them nothing is ever really “broken” and to suggest otherwise is to threaten the comfort of their work routines. These people might respond in a venomous manner to creative and risk-taking co-workers who threaten their “comfort zone” by proposing new ways of doing things.

All of this suggests that creative people will often be at odds with people around them and frustrated by work environments and organizational structures that are rigid and unbending. This is partially because creative people are attracted to novelty and new ideas and ways of doing things, and their creative minds are often generating alternatives to accepted practices.

The accumulated effects of these frustrations at school, work, or whatever the setting, may lead some creative people to adopt a rebellious attitude regarding rules and authority. When this happens, the result may be frustration and conflict on all sides where a downward spiral results from interpersonal conflict and disagreement. This frustration may lead to a career change or disciplinary action in the workplace, an unfortunate byproduct of creative people not being successfully integrated into the workplace community.

These negative manifestations of rebellion can be avoided only when organizations and individuals are made aware of the interpersonal dynamics that distinguish different personality types from each other. One way to do so that is popular today is for co-workers to take the Myers-Briggs Personality Inventory and to discuss the results with each other. While this test is not necessarily rigorous in terms of accepted statistical measures of reliability or validity, it serves the greater purpose of opening the door to discussing interpersonal response styles and to respect each other for these differences.

Workplace diversity is typically defined in sociological terms by placing people in black-and-white categories, for example gender, race, and age. Meanwhile, other important personality and interpersonal differences, such as creativity, rarely get the same amount of attention. And yet the creativity dimension is one of the most important because creativity and risk-taking are crucial traits for organizational health and survival. 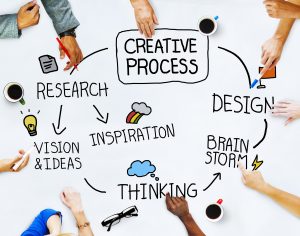 In order to avoid the traps of blind rebellion and open conflict, organizations must do a better job of identifying creative employees and in fact nurturing creativity and respect for creativity in all their employees. This is not to suggest that common group practices such as “brainstorming” are necessarily a good way to nurture creativity. Creative people are often different from other co-workers in several ways that include interpersonal differences, inner- directedness, and work habits. These differences in style as well as substance need to be addressed in an open and comfortable manner.

Creative people must also be taught to understand themselves and to appreciate that they have needs that can only be met in certain ways. They may prosper as artists, entrepreneurs, or in other professions that encourage openness, risk-taking, and eccentricity. This means that our educational system must be more responsive to the needs of creative children and must offer ways for creative children to learn that fits their learning styles.

When schools and workplaces are better educated about creativity and are in a better position to integrate creative people into the community, then individuals and society will benefit. And youngsters like Jeremy will be more likely to reach their full potential and adults like Alycia will be able to enhance their work environment by contributing unique and challenging ideas.